If you caught any of this year’s Olympic Games (specifically the Equestrian events) you know they were full of triumph, heartbreak, and exemplary shows of sportsmanship. Maryland may be a world away from Rio, but there were some notable similarities between the 2016 Olympics and the final installment of Woodland’s annual Just Jump It series.

The Just Jump It finale took place two days after the end of the Equestrian events. The oppressive summer heat broke for a mild reprieve and the afternoon was free of rain (unlike the last show.) This show was the largest of the three, including a substantial crowd of supporters and the most horse and rider pairs. Coach Ashley once again organized the set up and ran the show with the help of ever willing volunteers (thank you!!)

The excitement started early with the poles class, which included one horse substitution when Sonny was swapped for Bubba and ended in victory for return competitors Aubrie and Confetti. In the 18” division, Emma and Charlie pulled an unfortunate number of rails and Emma retired Charlie, switching to Carl for the rest of the show.

Emma was in good company though, as many top international riders pulled enough rails over the final course in the Olympic Individual Show Jumping on Friday to get fault counts as high as 28. Pulling rails may have ended their chances at medaling, but both Emma and the Olympic riders learned from their mistakes and used the experience to make them better riders. Emma came back strong to win class 3A in the 2′ division, despite having never ridden Carl before and losing her stirrup over the last fence. 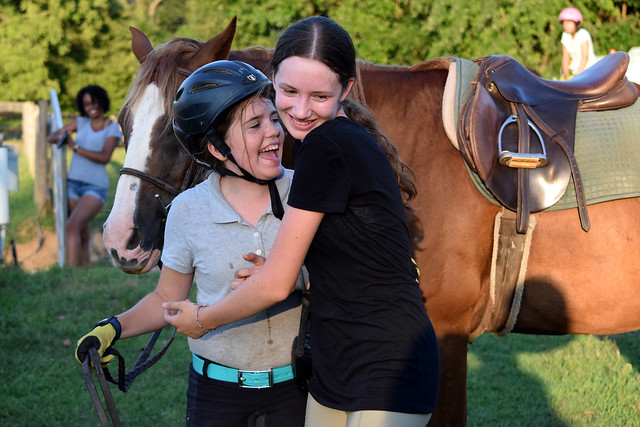 Returning competitor Lowell (whom some may recall from the first show) completed excellent courses on Johnny. It was clear to everyone in the crowd that Lowell improved greatly in the weeks between shows, and it looks like he had a good time too. 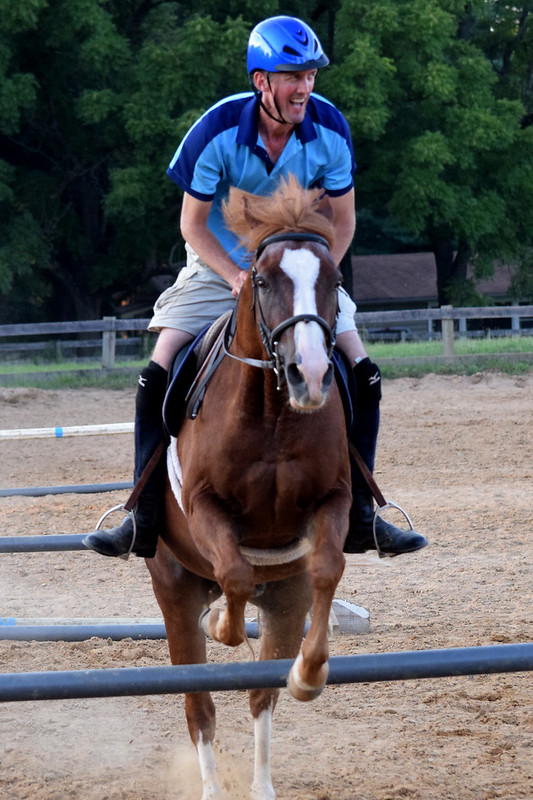 Unfortunately, not everything went smoothly for the Woodland riders. Tyson gave Kathryn trouble at the first fence and stopped at the third. Kathryn didn’t quite catch her balance and fell off. She was uninjured, and even paused after getting up to start putting the jump back up (but opted to catch her horse instead.) The incident mirrored Brazilian Eventer Ruy Fonseca’s stadium round, during which he fell off, stood up, and politely reset the poles he knocked down. It was a true show of Olympic spirit from both Fonseca and Kathryn and we’re glad both got to walk away unharmed.

A second fall came from Reagan, who won two champion ribbons before falling off in  the 2’3’’ division. Reagan was aboard long-time partner Roxi, who stood by quietly after Reagan’s unexpected dismount. Ashley coached Reagan once she was sure there were no serious injuries, and Reagan finished her round by going over one more jump before leaving the ring to applause and encouragement from the crowd. 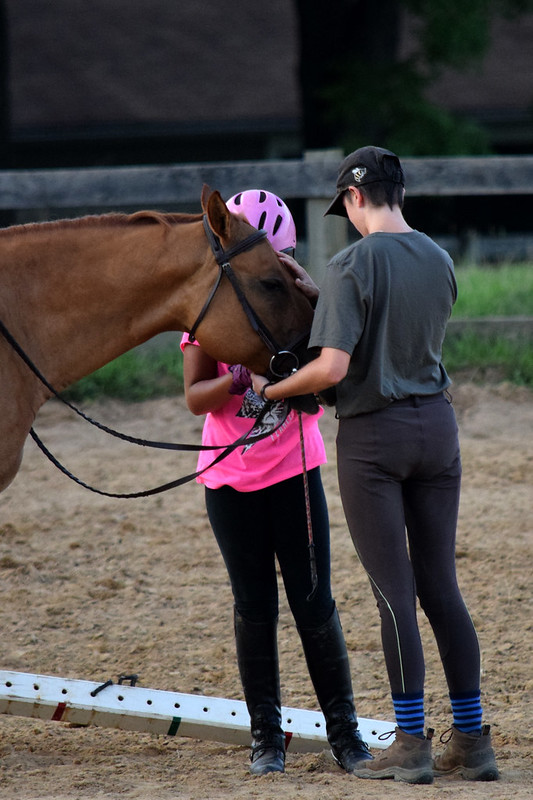 Horseback riding at any level can be difficult and unpredictable; even the pros have challenging moments. German rider Meredith Michael Beerbaum, a highly experienced favorite for an Individual medal ended up crashing through the first fence on course and retired to ensure her horse was not hurt. Falls are a reality of the sport, but getting back on and facing your fears are part of what sets the good riders apart from the greats.

As the fences got bigger and the sun slipped lower, more experienced riders tackled the courses. Erica and Ashton overcame spookiness to win a blue, and Sheena and Liam also claimed a win in the 2’6’’ classes.

The last class of the night was Gamblers, where the fences are set at 2’9’’, expect for the Gambler jump, which is raised higher. Riders have 60 seconds to jump as many jumps as they can, in whatever order they like. After 60 seconds they are awarded ten points for every fence successfully jumped and given the option of attempting the Gambler, which is worth 100 points. Lauren, Rina, Ryan, and Marissa all completed their initial courses with scores ranging from 110 to 130 and each conquered the Gambler. In the end, Rina and Buttons clinched the blue with a score of 230 after the Gambler.

We want to once again thank everyone who’s helped set up, run, and document these three shows. Home shows are a team effort from start to finish and every helping hand was a welcome one.

If you’re inspired and eager to compete for yourself, Woodland’s next show will be on Labor Day. The sign up book is in the office, we hope to see you there!

Until next time, happy riding. 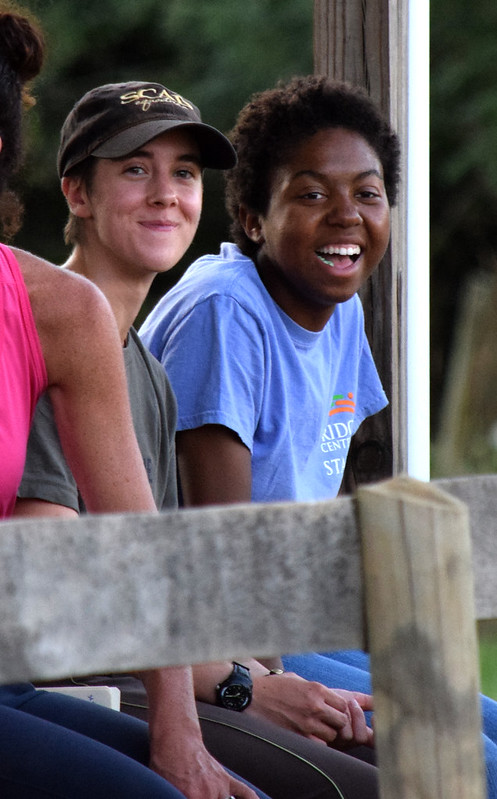 Cover photo is by April Tennyson